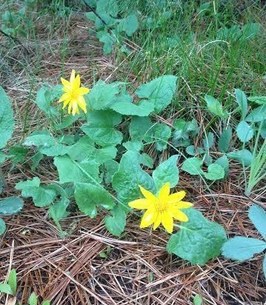 Gail Marie (Nuttman) Church, age 67, of Fruitland, died in a tragic accident near New Meadows on Sunday, Aug. 23, 2015. A vigil rosary service will be held at 7 p.m., Thursday, Aug. 27th at Corpus Christi Catholic Church, Fruitland. The Mass of a Christian Burial will be held at 1:30 p.m., Friday, Aug. 28th at Corpus Christi Catholic Church, Fruitland. Burial will follow at Park View Cemetery, New Plymouth. Arrangements and services are under the direction of Shaffer-Jensen Memory Chapel, Fruitland. Condolences may be made to Gail’s family at www.shaffer-jensenchapel.com.
Gail was born July 6, 1948, in Cottonwood, ID, the only child of Robert and Hilda (Frei) Nuttman. She graduated in 1966 from St. Gertrude’s Academy in Cottonwood. She attended the University of Idaho for two years, majoring in accounting.
She married Larry Church on Aug. 10, 1968, and together they raised a family of four children. Gail was a devoted wife, mother and grandmother.
Gail was a long-time 4-H leader and also served on the Payette County Fair Board for several years. She served as Swine Superintendent for many years and recently her name was attached to the Payette County Fair Swine facility. Gail served on the Payette County Farm Service Agency Board from 2004-2013, and served as chairman for four years.
One of her greatest joys was helping Larry with FFA activities and FFA related trips. She was recognized with Honorary Chapter and State membership awards.
Gail was a lifelong Catholic and an active member of the Corpus Christi Parish in Fruitland. She served as chairperson for funeral dinners for a number of years.
Gail is survived by her mother, Hilda Nuttman of Cottonwood, ID; her husband, Larry Church of Fruitland; her four children, Dianna (Troy) Thomson of Fruita, CO, Jeff (Ginger) Church of Fruitland, Rob (Sarah) Church of West Lafayette, IN and Jacque Church of East Wenatchee, WA; nine grandchildren, Lindsey Thomson, Blake Thomson, Dana Thomson, Danielle Church, Allison Church, Mark Church, Josh Church, James Corlett and Jeremiah Corlett. Gail is also survived by many brothers and sisters-in-law, as well as numerous nieces, nephews and cousins. She is preceded in death by her father, Robert Nuttman.
Memorials in Gail’s name may be made to the Corpus Christi Building Fund or the Payette County Fair or the Idaho State FFA Foundation, c/o Shaffer-Jensen Memory Chapel, P.O. Box 730, Payette, ID 83661.